Girls can do anything they put their minds to, especially maths

We spoke to television presenter Rachel Riley in the lead up to International Women's Day 2018 to help us to bust some myths about maths and gender.  She told us that it all starts with positivity, and it's never too late to get confident with numbers. 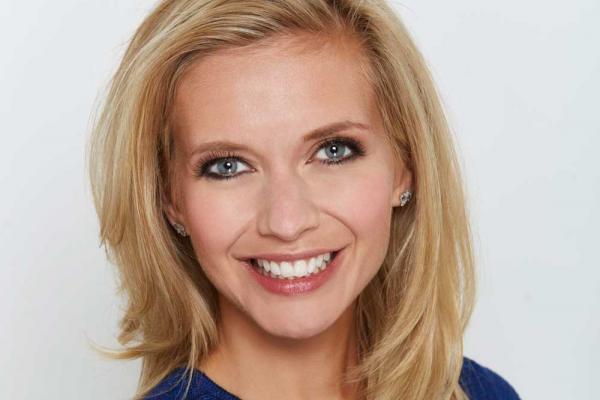 A couple of years ago research found 60% of girls believe they can't do maths and science. Why do you think girls can feel less confident about maths than boys?

Years of telling women and girls that they’re not as good at maths and science as their male counterparts has made many people believe it’s true.  It’s a common and widespread myth that female brains aren’t designed for maths, women can’t read maps, men have better spatial awareness, the list goes on…  When we’re told this over and over again, reinforced by formal tests and studies, we believe it, and even start to live up to the myths ourselves.

Yet when identical tests designed to test spatial awareness, have been repackaged as “empathy” or “social intelligence” tests, areas where women are generally seen as stronger, the gap between girls and boys completely disappears.  In fact even just having to tick a box to say whether you’re male or female before sitting a maths test, has a negative effect on girls’ results.  It’s not nature holding girls back, it’s messaging and psychology.  If we change what we’re saying, tell girls they are built for maths and science, then positivity, confidence and results will follow.

Why is it important to help girls to stay positive about maths, even if they don’t want to take it at A-Level?

The better your maths and numeracy levels, the more likely you are to have a job and the better that job is likely to be!  Back in 2013 the government did some research and found that the top 15% of maths scorers at age 10 were earning on average ₤2,100 more per year by the time they were 30, whereas people with poor levels of numeracy are more than twice as likely to be unemployed.  Maths is one of the most frequently asked for subjects by universities to go onto degree courses and you could be limiting your options if you choose to give it up early.

As technology moves on there are more and more interesting jobs in science, technology and engineering which all require maths.  These are some of the most creative and rewarding jobs imaginable and we need more women taking up these roles.  Having a positive attitude towards girls in maths and promoting its importance from a really young age is essential to allow them to choose what they want to do with their lives when the time comes.  Dismissing maths as not for girls or those “without a maths brain” (a fictional “maths brain” might I add) will only limit their options and could deny them reaching their full potential in adulthood.

What would you say to any girls or women who have been told they are not a numbers person?

I’d tell them to ignore whoever said that in the first place!  A lot of the struggle with maths is a confidence thing, and it’s a vicious circle, you get told you’re not a numbers person, you believe it, you lose confidence, you don’t do as well as you’d like and the circle continues.  But it doesn’t need to stay that way - you can change this into a positive circle.

You don’t need to know every word in the dictionary to say confidently that you speak English, yet with maths if there’s one thing you find tricky, or a method you didn’t understand at school, you might happily announce maths isn’t for you and even give up trying.  The important thing is not to.  It’s never too late to brush up on your maths skills.  The more you practice, the better you’ll get, the more confident you’ll grow and this positive circle will get you more and more numerate in no time!  Us girls need to stop putting ourselves down, stop believing and perpetuating myths that hinder our progress and start proving we are numbers people and that with a bit of effort and belief, we can in fact do anything we put our minds to.

National Numeracy has developed the an online tool to help you improve your numeracy and boost your confidence. This interactive website is free to use at home, at work or on the move. You can assess your current level of numeracy – completely anonymously - and then begin an online journey to getting the Essentials of Numeracy.