Learning to become comfortable with being uncomfortable 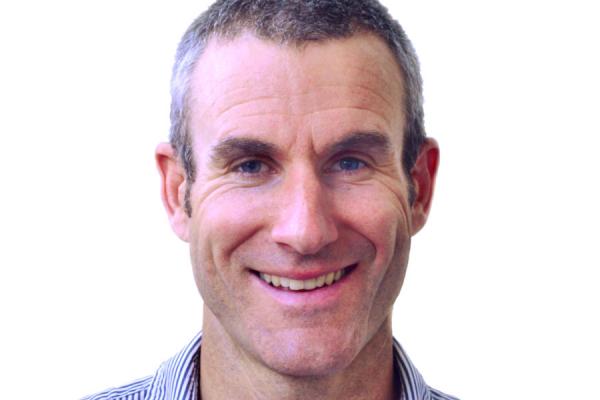 I did a TED Talk on this topic recently and to illustrate the theme I started by asking the audience a question that Daniel Kahneman has made famous: ‘what is 17 x 24?’

As expected, I could see the TED audience freeze, a few reached into pockets to get their phone out and most diverted their gaze; ‘please don’t ask me!’ Even if you have a PhD in mathematics you are likely to share the natural human physiological response to a question like this; your heart rate goes up, your pupils dilate – your body effectively asking you 'should I run or should I fight…'. (I did tell them the answer, 408, after a few seconds – I was only illustrating the point…)

There is a good evolutionary reason why being put on the spot like this is uncomfortable – but we don’t talk about this (unavoidable) discomfort enough in relation to maths here in the UK. Instead, far, far too often, particularly as adults, we default to the easiest response: to shrug and say ‘I can't do maths’.

And often, this ‘I can’t do maths’ belief is the strongest single memory of school mathematics for many – irrespective of whether they ‘passed’ or not.

School maths is still far too often characterised by a starkly binary approach with all the focus on the answer rather than the process. It is inevitable that there will always be others who get to the answer before you. For you, the problem is still impossible but for them it is easy – although it may have been impossible for them to 10 seconds before!

This country's long-established (but hopefully waning, given the advent of ‘Mastery’) enthusiasm for putting children into ability groups creates an unhelpful divide between those who are fast at maths – which in itself is not a great indicator of future potential – and those who aren't. Research suggests that 85% of children who are put in a bottom set for maths stay there throughout their school career. This is hardly a recipe for social mobility. Often the children who are put in these lower sets are those who have had less parental input and fewer encouraging pre-school experiences. In other words, factors that are not related in any way to ability.

The fundamental problem with maths here and in the US is our enthusiasm for categorising lower attainment as some kind of quasi-genetic low ability or lack of ‘maths gene’. This simply does not happen in higher performing countries.

As an example, an OECD survey asked 15-year-olds: what do you need to succeed in maths? In the US, 40% of them said that maths is just down to talent. In Japan, 80% said maths is all about effort – you just need to work hard.

So how does this relate to later life? And does being able to calculate 17 x 24 in your head matter? Not really. But – and it's a big but – if your overwhelming emotion is ‘I can’t do maths!’ then you’re not going to be able to engage with numbers and data in later life, which is the area that we at National Numeracy are most interested in as a charity.

You might think that most people have their GCSE pass and that sets them up just fine. Unfortunately, that's not the case. Remarkably, less than a quarter who passed GCSE in the past eight years come out at the same level when their practical maths skills are tested. Government data suggests that only 22% of adults are at the level that we expect of 16-year-olds and 24% are at Entry 2 level or below (the level expected of a nine-year-old or younger).

The situation’s been getting worse for numeracy while it's been improving for literacy.

And it really does matter. Both for UK plc and for individuals.

A conservative estimate tells that low numeracy is costing the economy £20.2 billion a year. For individuals, the data suggests that good numeracy is the best protection against unemployment, low wages and poor health. That’s more significant than literacy and any of the other variables measured.

The good news is that there’s a way forward and it's not about teaching more complex maths in schools.

There are three things that we can do to get rid of ‘I can’t do maths’ and to enable everyone to be confident to use numbers and data to make good decisions in daily life.

It is about moving from ‘I can't do maths’ to ‘I can't do maths... yet’ – and then engaging actively to do something about it. And why? Because according to Andreas Schleicher from the OECD, ‘good numeracy is the best protection against unemployment, low wages and poor health’.

Ready to become comfortable with being uncomfortable?
Begin your journey to improved numeracy with The Challenge