Three kids, one full time job and only five months to prepare for the exam. The numbers didn’t add up.

As she prepares herself for her GCSE maths result, BBC Breakfast reporter Jayne McCubbin shares her feelings about maths and tells us why she agreed to ‘face the fear’ in a moment of madness.

One of my earliest memories is standing in the hall next to the telephone table and wallpaper with the absolutely massive purple flowers, crying my eyes out because I had to memorise times tables. Why did we have to do this? What use was it? The numbers made no sense to me at all. This was child cruelty! I really struggled with maths all the way through school. My brain was a petulant child crossing its arms and stamping its foot saying “No WAY am I doing that” every time I looked at a big sum. 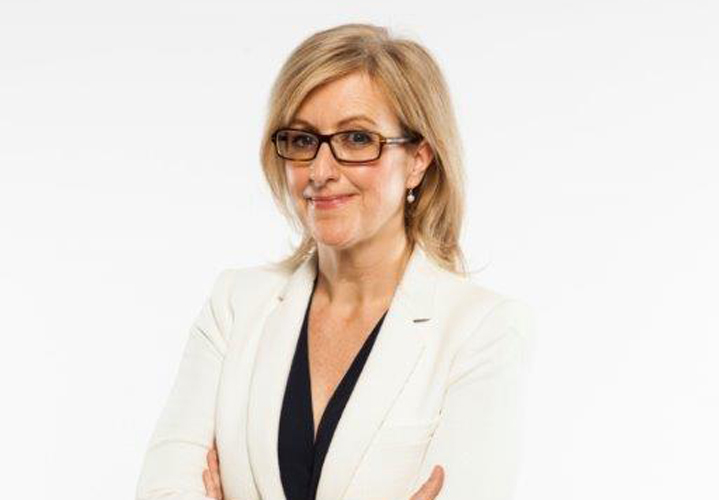 A few months before my CSE my folks took me to a maths tutor and it all started to open up for me. It was just a game, who knew? It was really rewarding once you got it and I started to look forward to lessons for the first time in my life. Full of hope they put me in for the O Level as well. I could do this! I failed... I still got a 1 in the CSE though. “Ah well. A pass,” I thought. “At least I’ll never have to do THAT again.”

Three kids, one full time job and only five months to prepare for the exam. The numbers didn’t add up.

Fast forward 30 years. “How do you fancy doing a maths GCSE for telly with Naga (child genius) Munchetty and Tim (once won Mastermind) Moffatt?” asked the boss. “Ace!” replied Jayne (one fail already under my belt) McCubbin. “That’ll be a laugh.” My brain was clearly asleep and didn’t have time to do the arm crossing foot-stampy thing. Three kids, one full time job and only five months to prepare for the exam. The numbers didn’t add up. But, me and numbers...

So as I approach results day how do I feel? Like a divvie to be honest. I’ve learnt lots of things such as, I’m not very good with time management; I’m not very disciplined. At the start of the journey I told myself I’d spend 20 minutes a day on the maths. It never happened. I did a fair few sessions on Hegarty Maths & the BBC bitesize Apps. Both were brilliant. But I ended up cramming in the week before the first exam. I’d only covered a fraction of the course work necessary. The little pie chart at the start of Hegarty Maths login showed only 5% of the necessary work covered (oh heck...). “I’ve let my Mum and Dad down. I’ve let myself down...” I started thinking to myself for the first time in 3 decades. When the exams came, I turned over the first five pages feeling cocky and fabulous but the last 5 pages were blank. And that’s where all the flippin’ 5 pointers are. I was doomed! I’m almost certainly going to fail. Again. This time live on national television.

Aside from national humiliation there’s been lots of positives. There were times on the Apps when I absolutely buzzed, learning things I thought were beyond me and nailing it. It isn’t beyond me. It’s just about cementing an understanding and moving on to the next area. As you grow up you forget so much. Just working out a percentage reduction in a shop becomes a challenge you refuse to even have a stab at. Not anymore. Maths doesn’t hold the same kind of fear it used to. I would urge anyone who’s had the same kind of relationship with maths to give it another go. It’s nowhere near as bad as you remember it being. That bloody telephone table and bad decor were no use at all to me back in the late 70s. But today there are so many amazing resources out there to go at your own pace in your own home. It was actually fun once I found my stride.

If you’re going to sit an exam you do really have to make time for it. There are no short cuts. There’s a reason school is full time for your entire childhood. I didn’t really have the time (or the self-discipline) to make it work the second time around, but none of this was wasted. I’m much more engaged with my 11 year old’s maths homework. He’s better than me, obvs, but I don’t feel daunted working stuff through with him and I’ve stopped giving off all those negative vibes about being useless at maths. I’m not. You know that saying, feel the fear and do it anyway? It doesn’t work with maths. There’s nothing to fear, I promise! You just need to take it one step at a time.

Follow @JayneMcCubbinTV  and @BBCBreakfast to find out how Jayne and her colleagues get on this results day.

Jayne later found out that she had in fact passed her GCSE with a level 4 - very well done! See the moment she found out her result here.

National Numeracy has developed an online tool to help you improve your numeracy and boost your confidence. This interactive website is free to use at home, at work or on the move. You can assess your current level of numeracy – completely anonymously - and then begin an online journey to getting the Essentials of Numeracy.