What is dyscalculia and how can it be spotted and supported in children and adults?

It is estimated that research and understanding of dyscalculia is about 30 years behind that of dyslexia – but it is catching up fast, thanks to researchers including Brian Butterworth.

Until recently, dyscalculia was thought of as being an umbrella term for all maths learning difficulties but since 2019 that is no longer true as we now have a definition of dyscalculia which was developed by the British Dyslexia Association dyscalculia committee and was accepted by SASC (SpLD Assessment Standards Committee) who regulated assessment in 2019. 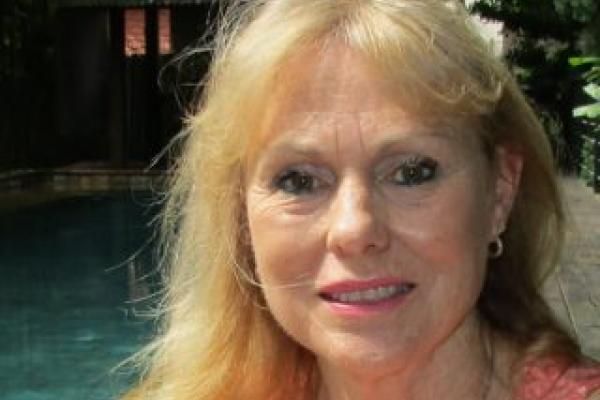 A full definition of dyscalculia:

Dyscalculia is a specific and persistent difficulty in understanding numbers which can lead to a diverse range of difficulties with mathematics. It will be unexpected in relation to age, level of education and experience and occurs across all ages and abilities.

Mathematics difficulties are best thought of as a continuum, not a distinct category, and they have many causal factors. Dyscalculia falls at one end of the spectrum and will be distinguishable from other maths issues due to the severity of difficulties with number sense, including subitising, symbolic and non-symbolic magnitude comparison, and ordering. It can occur singly but often co-occurs with other specific learning difficulties, mathematics anxiety and medical conditions.

What is significant about this definition is that it suggests that maths learning difficulties are a continuum with dyscalculia at the extreme end. In other words, lots of people may have maths learning difficulties which arise from other conditions such as dyslexia where key issues associated with dyslexia, like working memory, difficulties with information retrieval, processing speed, sequencing, will impact on maths learning. Likewise, difficulties with spatial awareness, lateral thinking, and visual perception, which are associated with dyspraxia, will also affect maths learning. And other important issues like maths anxiety, which is a very real condition and causes the brain to freeze, as well as environment and social issues such as school absence, stereotyping, culture, maths curriculum, and methodology of teaching can all impact.

People with dyscalculia may share all the above difficulties, but what makes them distinct is their lack of number sense which is a cognitive function associated with the left parietal sulcus and the frontal lobe. Humans and animals are born with a built-in sense of number for survival purposes. The issue with the dyscalculia is being able to relate the digits in our numerical system with the magnitude or value of a number – so they have no meaning. In the same way that dyslexics have difficulties with matching sounds with graphemes or letters that directly impact on the development of reading and spelling, people with dyscalculia don’t have a sense of number and its relationship with magnitude. They could not automatically answer the question, "Would it be sensible to pay £4000 on a pair of shoes or £48 on a small slice of Tesco cheddar?" The relationship or mapping of that number to its value does not develop naturally. It can of course be learned to some degree with much instruction. In normal development, a sense of number will evolve so a small child may not know how much a pair of shoes should cost at age 4 but by the time they are 10 they might. Everyone is different of course and issues may be mild or severe. But because it has an aetiology, it can be inherited and run in families.

How can it be informally identified?

All young children start by counting in ones but then they learn to become more efficient and can count on from a given number and step count. They start to know if their answers are way off the mark, they develop a sensible sense of numbers and magnitude. Children with dyscalculia hang on to immature counting systems – usually in ones – they cannot generalise, i.e. use mathematical information in another context, and basically do not have a sensible sense of what numbers are.  They tend to learn by rote and procedure and some even go onto to achieve a GCSE so they can often do a calculation but cannot explain what they are doing.  They are often better at algebra and geometry. Their difficulties are exclusive to maths and no other subjects. Adults with dyscalculia tend to have difficulties with time and money, being able to plan their day with regard to travel times or how long a task should take. They may also struggle with budgets and costs.

How can it be diagnosed?

Guidelines for assessors are clearly outlined by SASC but unfortunately not everyone follows them. A good diagnosis of dyscalculia would include general ability assessment, domain general cognitive assessment such as working memory, processing speed and phonological processing, and domain-specific assessment for dyscalculia i.e. specific tests for number sense, symbolic and non-symbolic magnitude comparisons and fluency. It would also include attainment in numeracy with an error analysis as well as attainment in literacy. Sometimes only attainment in numeracy without domain specific testing is assessed and this will not give an accurate diagnosis as some people score poorly on maths tests for other reasons and are misdiagnosed as dyscalculic, and sometimes people with dyscalculia score OK on maths tests because they have memorised procedures and are not diagnosed as dyscalculic. All assessors should have an APC (Assessment Practising Certificate). BDA, SASC and Patoss have lists of approved and registered assessors.

How can it be supported in children?

There are very specific ways of establishing a sense of number that include the use of concrete manipulatives such as Cuisenaire Rods, Diene’s apparatus, dot patterns, Numicon. The child is taught to visually internalise what a number (rather than a digit) looks and feels like. The child learns to match digits or numerals with visual quantities and learns how numbers can be deconstructed to make other numbers or quantities and reconstructed; in much the same way the children with dyslexia are specifically taught to match letters to sounds and how to deconstruct and reconstruct words from letters and sounds. This takes away the fear of numbers and establishes a sense of what numbers mean. With these basic tools they will never become Einstein in maths, but they will know if they are being over charged and learn to cope in a world of numbers and money.

How can it be supported in adults?

Adults need to develop their own reference points. At a very basis level: a can of coke should not cost more than £1.50 right through to interest rates, salaries, pensions etc. They will probably need someone to help them establish these references and they may need to write them down. The main areas of difficulty are estimating traveling times and distances, household budgets, changing recipes, accounts, discounts (percentages), money and what is good value, measurements and using different types of measure, currency and conversions, ordering. The list is almost endless; we use maths every day.

What percentage of the population are dyscalculic?

Maths anxiety is being increasingly recognised. Many people with dyscalculia have maths anxiety. This is not dissimilar to PTSD where a learned bad memory will trigger a subconscious reaction that closes down the higher thinking brain. Children as young as 6 are now being diagnosed with maths anxiety. We need to look carefully at how we teach maths in schools as apart from children with dyscalculia, all children are born as good mathematicians with a good sense of number.

Find out more about dyscalculia