Oreleo, from London, is a National Learning and Development Organiser for Unison. He had a shaky start with maths, until one memorable moment many years on.

In a word, maths made me feel anxious. It started in primary school. We were positioned in the classroom according to how good we were, the brightest kids sat on the left and those who struggled sat on the right. I was somewhere on the right.

One day I was next to the brightest boy in the room. Suddenly I was sitting next to someone who could understand the question, and we would work together. 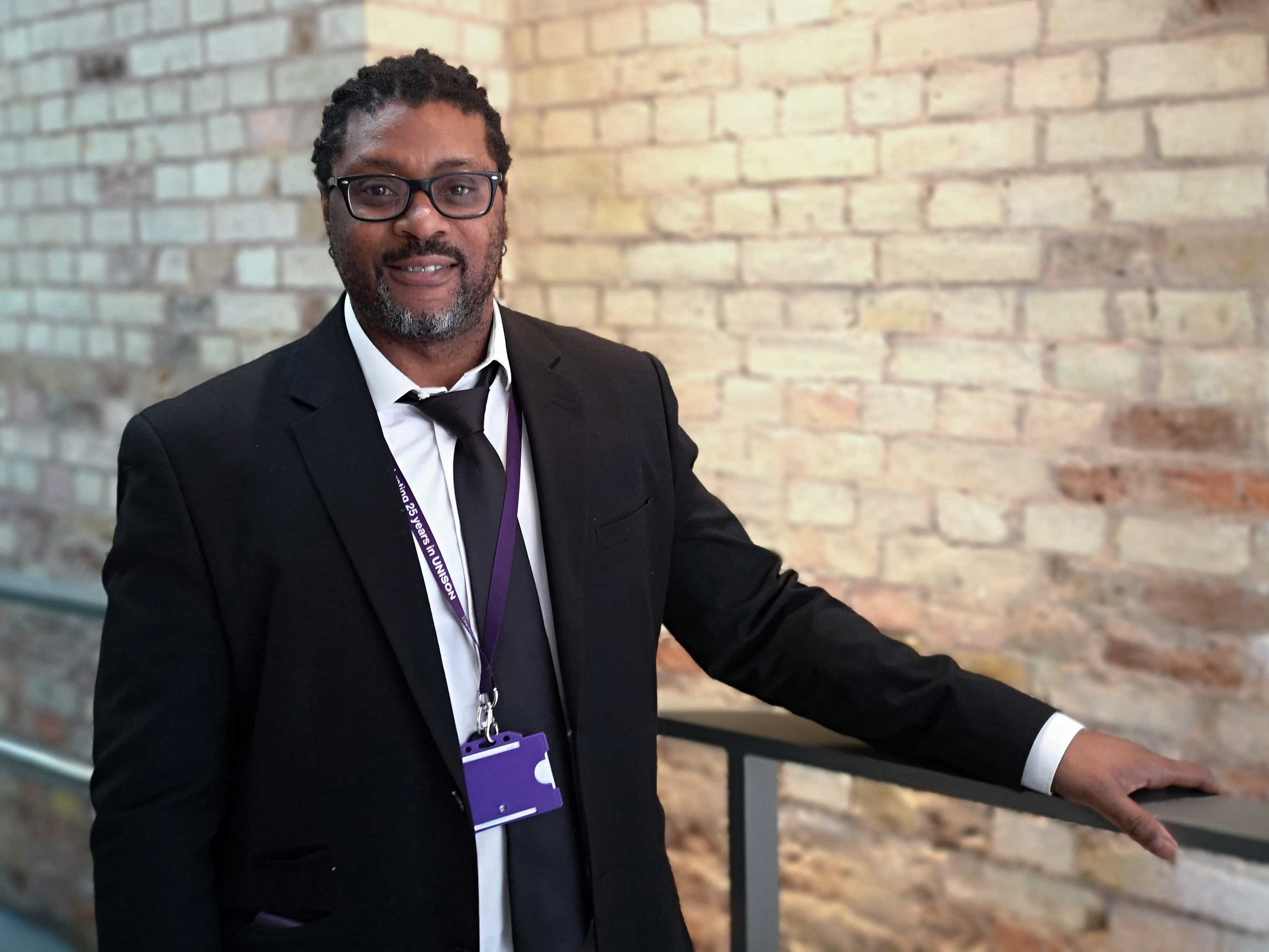 The benefit of that one day was tremendous. I thought “I’ll be alright now, I’ll be fine”, but the next day I was moved back. Soon afterwards my teacher told me I was useless. I remember mentally withdrawing, it felt like there was no point trying.

Avoiding anything with numbers

The anxiety about maths stuck around until I was nearly thirty.

It held me back. I didn’t really understand that all areas of life have some mathematical element. Those were the situations for me, with finance, the money, I never really looked at it.

Things changed when I left my career in football and started working in local government. There were many demands that I hadn’t had before. I had to pay for rent, shopping, all of which started to become a lot more important. I never felt confident that I knew what I was doing with numbers.

Tempted to give it all up

While working in local government I became involved in the trade union and enrolled on a computer course. It started off well, until I came to the Excel module, where I gloriously fell apart in the assessment. I became frustrated and disruptive.

The tutor came over to my desk, and asked me if I could drive. I knew that she was telling me it can take a while for things to sink in and learn. It took me 6 attempts to pass my driving test. If she hadn’t spoken to me I would have left. This was my light bulb moment.

The benefits of belief

Your outlook unlocks all kinds of things. In my current role I come across a lot of people who have carried maths anxiety from school right into adulthood. For many, numeracy comes with a stress cloud and generally people don’t engage with it unless they really have to.

I never thought about how much it had affected me. I tried, I failed, and just accepted it.

What do I say to anyone else who’s been written off? Every one of us is the same. We all feel nervous or frustrated by something at some point. But the more we try, the more confident we get, and the more we will achieve.

Oreleo’s tips for how to remove the stress clouds

1. Show that failure is ok

Once I had been through a meltdown and persisted, I wasn’t fearful of failure anymore. I was more interested in finding out what I needed to do to succeed. So in my work with Unison we ask, “What do you need to do to achieve this?” rather than, “are you able to achieve this?”

2. Find an area to focus on

Self-improvement starts with recognising weaknesses. I’m working with Union Learning Reps across Unison to help other people identify where they can be supported, and look at how we can strengthen those areas.

I tell colleagues about my own barriers, and how despite circumstances you can still go on to learn and develop. If we show others that we believe in them, perhaps they’ll have the confidence to have a go.

National Numeracy is addressing attitudes towards numeracy in a way that no one else has done. They understand anyone can have blockages and barriers, sit down with you and go “ok how can we help to remove those?” I think that’s the key to moving forward. When I started I knew that I was not too far away from where I needed to be, and I got there. I’ve now completed my Functional Skills Level 2 in numeracy which I am really proud of.

My son passed his GCSE’s against all odds, after suffering an injury. We’d all rallied, so that he had the best chance. That effort that he put in always motivates me to learn: if he can do it while recovering from an injury, then what’s my excuse?