A new survey has found that just over half of adults (51%) say that they do not understand the majority of numbers in the news about the climate crisis. 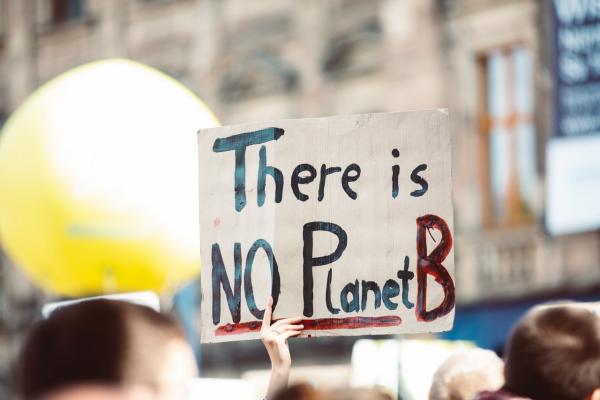 A new YouGov poll commissioned by the independent charity National Numeracy was carried out during the COP26 climate conference in Glasgow last month, when the climate crisis was hitting the headlines every day.

But despite the wall-to-wall coverage, half the country claims not to understand the majority of numbers in the news about the climate crisis, such as the 1.5C global warming limit and net zero emissions target.

There was some marked variation across the UK, with Northern Ireland having the highest percentage, 69%, of those saying they didn’t understand climate change numbers, followed by the North-East, 59%, and the East Midlands, 57%.

Whereas Scots and those in the South-West say they have less of a problem, both recorded 45% of adults that do not understand climate crisis numbers.

More women (58%) than men (44%) said they didn’t understand climate crisis numbers in the news, which correlates National Numeracy’s data that indicates women tend to be less confident about numbers than men, even if they possess a high level of numeracy skills.

Sam Sims, Chief Executive of National Numeracy said: “This survey underlines the vital importance numeracy plays in every aspect of our lives. The climate crisis is the planet’s biggest threat and yet half of us are in the dark about the numbers used to describe it in the news.

“Improving numeracy is essential for understanding the world around us and for improving our own lives and futures. And it is possible. One simple first step is to try the free National Numeracy Challenge to improve your number confidence and skills, at your own pace. It takes just 10 minutes to get started.”

The UK’s numeracy levels are significantly below the average for developed countries, with 49% of the UK’s working-age population having the expected numeracy levels of a primary school child. And poor numeracy costs the UK economy a staggering £25 billion a year.

National Numeracy’s mission is to empower children and adults in the UK to get on with numbers so they can fulfil their potential at work, home and school, sparking better opportunities and brighter futures.