By Dr Tom Hunt, Associate Professor in Psychology at the University of Derby

What is maths anxiety?

That is, a comparatively small number of people experience little or no maths anxiety, a comparatively small number of people experience very high levels of maths anxiety, and the majority of people fall somewhere in between. It is important to separate this from other factors that are likely to impact a person’s maths attainment, for instance, dyscalculia. However, it is possible that such things combine, often with a notable impact on maths learning and performance. 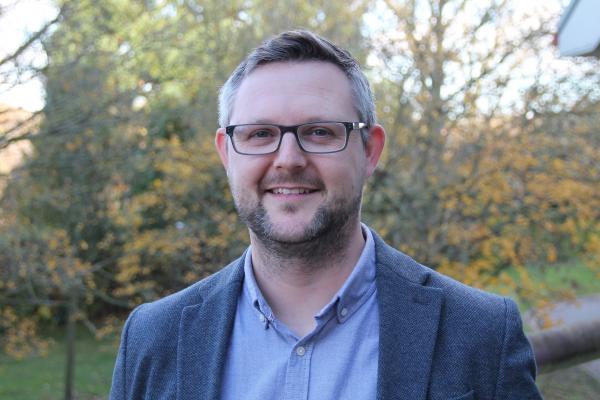 Maths anxiety can be experienced psychologically; it is often associated with words such as apprehension, dread, panic, frustration, confusion, worry, tension, and stress. It is typically, although not always, associated with test anxiety, maths confidence and attitudes towards maths.

Maths anxiety can also be “seen”. Research investigating brain activity has shown that the brains of those who are highly maths anxious respond slightly differently when doing (or even in anticipation of doing) maths. It appears that maths anxiety can negatively interfere with the parts of the brain that are usually required for effective mathematical problem solving. Similarly, it is associated with differences in brain activity associated with regulating emotion; it’s no wonder maths anxiety can lead to panic. Such physical differences don’t stop there. People experiencing maths anxiety, especially in high-pressured situations, may feel hot, sweaty, and nauseous. Indeed, researchers interested in studying stress responses will often use mental arithmetic tests to induce heightened physiological reactivity – we can sometimes feel our pulse become stronger when feeling stressed.

Some people may ask why such physiological changes are necessarily interpreted negatively – maybe maths simply gets people excited! Our recent work at the University of Derby may shed some light on this. We assessed changes in blood pressure when faced with maths problems of increasing difficulty. Not only did blood pressure increase consistently with increased maths difficulty, this change was associated with self-reported maths anxiety. And of course, perhaps the most obvious physical sign of maths anxiety is when people simply avoid maths.

How does it affect adults?

Other than the psychological and physical impact of maths anxiety, there is a clear impact on performance. However, it is more than simply maths anxiety = poor performance. To some extent, a certain level of maths anxiety may be helpful, providing we feel suitably motivated to do maths. In many cases, though, maths anxiety can mask a person’s true ability. The pressure of a test situation, for example, can take over. Not only can the physical changes noted above start to happen, but a maths anxious person can feel a sense of panic. Their mind can “go blank” or be consumed by unhelpful, worrisome thoughts. It is these “intrusive” thoughts that many academics believe to be important in understanding how maths anxiety can lead to poorer performance. For instance, maths anxiety is often associated with thoughts about making mistakes, feeling panicked, time pressure, and social evaluation (or what others might think of you or your performance). Such thoughts usually get in the way of successful mathematical problem solving.

It’s important to also consider the type of maths. Whilst many maths anxious individuals will recoil in horror at the thought of attempting algebra, we often see a negative impact of maths anxiety on relatively simple maths problems, such as two-digit addition. Research has shown that it is the requirement of the maths problem in terms of working memory resources that is key. Among other things, this refers to the need to temporarily maintain a number in mental space. For instance, a problem such as 47 + 26 can be solved in several ways. However, a typical strategy would be to add the tens (40 + 20 = 60) and then add the units (7 + 6 = 13). Whilst doing this second part of the calculation the “60” needs to be kept one’s head, ready for the “13” to be added to it. Such a task can be made extra tricky if you experience maths anxiety, possibly because of the intrusive thoughts clogging the mental space, either in volume or simply through the person paying attention to the thoughts rather than focusing on the task at hand.

We can also view maths anxiety effects in terms of the vicious cycle in which it occurs. Whilst some academics have argued that maths anxiety may appear very early in childhood and this later affects attainment, others have argued that it is poor performance as children that influences the development of maths anxiety later on. It is likely that the relationship between maths anxiety and maths performance works both ways – poorer-than-expected/hoped performance may lead to us feeling maths anxious, or at least exacerbate existing maths anxious feelings. Likewise, maths anxiety is likely to negatively impact performance. Not only that, but poor performance and maths anxiety are associated with behaviours that do not support the improvement of maths skills; we can disengage from anything maths related, we might avoid calculations, we might drop out of maths courses (or avoid enrolling all together), we might avoid maths homework (our own or children who we are supporting), or we might develop a fixed mindset in which we believe there is no room for improving our own maths skills.

In sum, maths anxiety is common. While some researchers have argued for a genetic basis for it, there is a lot of evidence that links early and ongoing negative experiences with maths anxiety. Maths anxiety can detrimentally impact learning and performance, although this often depends on the specific situation. It is also likely that a range of individual differences, including personality and different ways of thinking, contribute to this.

Dr Tom Hunt is an associate professor in psychology at the University of Derby. He has worked extensively in the field of maths anxiety and published several papers on the causes, consequences and strategies to reduce it.

Find out more about maths anxiety

What is a fear of maths, how does it affect people and their lives, and what can you do to help? National Numeracy has collected a variety of research, stories from real people, and advice about maths anxiety.