National Numeracy has responded to issues raised in the basic skills section of the Green Paper and specifically to the problem of poor numeracy among working-age adults.

“We welcome the government’s recognition of the significance of the problem with basic skills in this country. The Green Paper points out that almost half the working-age population has primary level numeracy skills. To that we would add that over three-quarters have below Level 2 numeracy, according to the government’s same Skills for Life data. This is the level often regarded as the minimum for many, if not most, areas of employment. 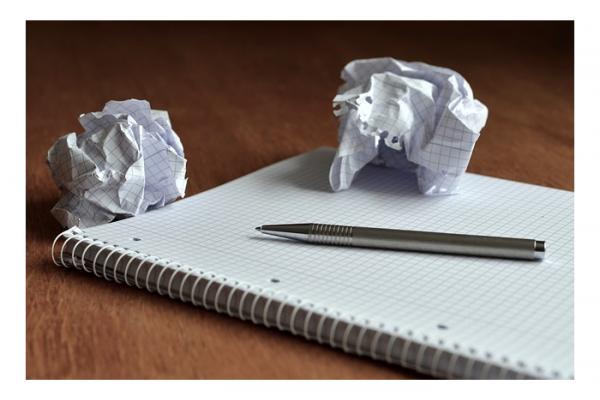 This is a longstanding issue which no government has successfully tackled. Between the Skills for Life surveys in 2003 and 2011, numeracy skills actually declined slightly whereas literacy improved. There’s no evidence that things have got better since then – OECD data would suggest not.

In 2014 National Numeracy commissioned research from Pro Bono Economics which put the annual cost to the UK economy of poor numeracy at around £20bn: we therefore believe there is a very clear link between raising levels of numeracy and improving productivity. But to date little has been done to identify and address poor numeracy within the current workforce.

GCSE is not enough

We argue that GCSE maths – frequently required by employers - does not provide everyone with the transferable practical maths skills required in the workplace. Again we refer to the Skills for Life data, which shows that less than a quarter of young people with GCSE passes at grade C or above were at the equivalent Level 2 when their functional maths was assessed.

In addition, GCSE maths has the inbuilt disadvantage of norm-referencing; in other words, the current setting of grade boundaries means that one third of the cohort will fail to get grade 4 (previously grade C) or above - the ‘pass’ grade recognised by employers and by further and higher education. Our economy simply cannot afford to write off so many young people on the basis of their relative rather than actual attainment.

We do not believe that the new enlarged GCSE being examined this summer will solve these problems. There is a widespread belief in the maths community that while the new GCSE will serve higher attaining students well, it will not do so for lower attaining students.

We believe there is a strong case for a separate numeracy benchmark for all secondary school students and are working with Cambridge Mathematics to establish the ‘essentials of numeracy’ appropriate to this benchmark. The ‘essentials’ are based on our model of the mathematical capabilities and behaviour needed by everyone.

We point also to the very poor success rate – below a quarter ¬– among GCSE retakes. We believe that Functional Skills have the potential to be a better option for many young people. However, the rationing of GCSE (explained above) dictates that a qualification only taken by those who fail GCSE will never attain an equivalent status for employers; employers are very likely to continue to use GCSE maths as a filter - irrespective of actual skills. A focus on the ‘essentials of numeracy’ – for all, not just the 1/3 who fail GCSE in the current system – has the potential to overcome this.

Improving numeracy in the existing workforce – a different approach is needed

Even if numeracy were to be improved among those yet to enter the workforce, this would take too long to solve current problems. The issue urgently needs tackling among the existing adult workforce and among jobseekers and there has been a dearth of measures designed to do so. We believe that employers have, to some extent, been slow to recognise the problems they face with numeracy skills and, where the problems are recognised, reluctant to accept that they can do anything about it.

We have therefore established the National Numeracy Challenge, which offers both short and fuller online assessments with routes to learning, workplace reviews and support programmes for peers to act as champions. The Challenge is based on the ‘essentials of numeracy’ model, which, as mentioned above, sets out the essential and transferable maths skills and understanding that everyone needs in order to function at work and in life and which also aims to develop more positive ‘can-do’ attitudes. So far 100,000 people have registered for the Challenge and, of those who do the assessment, engage in further learning and then are reassessed, three-quarters do in fact improve.  We therefore have evidence that, with the right support, people can and do raise the level of their numeracy skills.

The current adult skills system is flawed because it is built upon the fundamental misunderstanding that all adults require intensive skills support, hence £724 paid to providers by the SFA per Functional Skills qualification. Our evidence suggests that this is wrong, along with being unscalable. We have found that a focus on attitudes can produce a significant improvement in skills (the current system does not measure improvement only attainment) at negligible cost per learner. Circa £250m is currently spend on adult numeracy qualifications - this is not an effective or efficient use of public funds; we have an alternative approach, which we commend to you here.

We have worked with a number of employers – in particular NHS trusts where there is considerable concern about the maths skills of healthcare assistants, but also in the catering industry and local government. We have also worked with DWP to trial resources in job centres. We are now seeking to extend interest to other workplaces and settings.

To conclude, we agree with the government that, in order to thrive in the global economy, the UK will need to be numerically smarter. The problem of poor numeracy skills is one of the biggest drains on productivity. It is deeply entrenched and to some extent suffers from denial on the part of both employers and employees, and neglect by successive governments. Solving it is complex and will take time. But we believe that our approach, with support from employers and policymakers, could start to make a significant contribution. “

National Numeracy also supports the Chartered Institute of Personnel and Development's response to the Government’s Industrial Strategy Green Paper – From ‘inadequate’ to ‘outstanding’: making the UK’s skills system world class - which shows the urgency of improving the UK’s numeracy.