International Women's Day: National Numeracy on why we are all numbers people

Hi, I’m Kayla. I’m from National Numeracy. We’re a charity working to enable everyone to be confident with numbers. 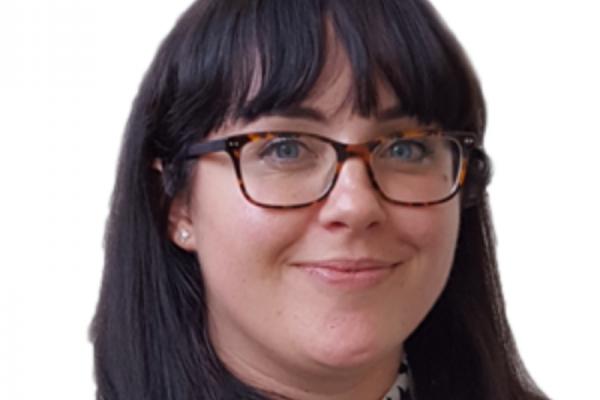 I spent International Women’s Day representing National Numeracy at an event for charities working to support women. It was a rare chance to be in a room full of powerful, inspiring women who were working hard to improve the lives of women from all walks of life, all over the world. And yet, every single one of the women I spoke to, upon hearing which charity I worked for, felt impelled to ‘confess’ that she was “not a numbers person”.

As someone who has always identified as a ‘words person’, making sure that my children enjoyed reading and were confidently literate was a priority for me. They would be ‘words people’, because we were a ‘words family’. As my own mum used to tell me - our family “didn’t ‘do’ numbers”.

For me, this became something of a self-fulfilling prophecy. At school, I mentally checked out of maths very early on and failed to get a passing GCSE grade. I didn’t do numbers. I was a words person. Numbers made me uneasy.

When I started working at National Numeracy at the end of last year, I realised that the things I had always said about myself, and my ability to use numbers, were having a damaging affect on what I believed I was capable of. It was limiting my perception, not only of what was possible for me, but of what was possible for my children. I was handing them the same ‘not numbers people’ destiny that I had received.

When I think about maths, I begin to feel uneasy

The impact of my own mindset upon my ability to improve my number skills has been on my mind since International Women’s Day, when I met so many brilliant women who didn’t believe that they were numbers people. For the last 12 months, the National Numeracy Challenge has included an attitudinal test, developed with the help of the University of Portsmouth, to help us better understand how maths makes people feel. The data from this test has revealed a significant and worrying confidence gap between men and women.

Even though men and women are equal when it comes to ability and the will to put in the effort, women were twice as likely to agree with the statement “When I think about maths, I begin to feel uneasy” than men.

I was eventually forced to resit my Maths GCSE as part of my route back into education and a career (in words, of course) and to my great surprise – I did very well. Even though I went on to get a degree (also in words), it was passing my Maths GCSE and that made me realise what was possible for me. Overcoming my uneasiness about maths made feel that I could achieve anything.

So, why is it that more women than men feel uneasy about maths? What is it about women’s experience that is having such a negative impact, and is this why there are still only 13 women working in STEM for every 100 men?

People often have a visceral reaction to maths that prevents them from challenging their feelings. I certainly did. This uneasiness is built upon a cocktail of bad school experiences, myths about maths ability, and the messages sent by popular culture about women and numbers.

Take communications company EE, who were forced to remove a phone case aimed at women and girls from sale, after a backlash against its “I’m too pretty to do maths” catchphrase received negative attention. Similarly, L’Oréal ran an advertising campaign with the strapline “Age is just a number and maths was never my thing.” This kind of negativity around women and numbers creates damaging stereotypes that can echo down the generations.

Perhaps it is no wonder that there is a larger difference between the mindsets of boys and girls in their beliefs about maths in the UK than in any other country in the world. Often, girls absorb the message that they’re not good at maths at an early age and carry this negativity forward into later life.

There’s a confidence gap that could be holding women back, which is exactly what we are exploring in this blog series, looking at where it comes from and what we can do about it.

So how can we find a way to cut through all the negative noise and rebalance this divide?

The keynote speaker at the International Women’s Day charity event was Kate Dale, one of the brilliant minds behind Sports England’s This Girl Can movement which saw 2.8 million women aged 14 – 40 report participating in physical activity as a result of the campaign.

Listening to Kate, I was struck by the many similarities between their challenge and ours. This Girl Can needed to change women’s thoughts and feelings about sport and exercise. They too were faced with undoing the impact of negative experiences in school and challenging damaging messages in popular culture. They, also, were up against lifelong fears about being judged on appearance and ability. They too were working to remind women that they were capable, powerful and competent.

I had never considered myself to be a numbers person until working at National Numeracy caused me to confront my feelings and assumptions. I realise now that I use numbers every single day - I couldn’t get through the day without them. I am a numbers person. And so are you.

Kayla Fuller is Digital Communications Coordinator at National Numeracy. Her blog post is part of a series for International Women’s Day 2019, looking at how we can rebalance the confidence gap when it comes to maths and numeracy.

Rachel Riley on women and numbers

Melanie Richards on leadership and diversity

Jo Boaler on gender and anxiety