International Women's Day: What factors are at play when girls are excluded from mathematics?

Jo Boaler, Professor of Mathematics Education at Stanford University and Co-founder of YouCubed.

In a recent survey National Numeracy asked a sample of adults how they felt about maths. This showed that more than twice the proportion of women (30%) than men (14%) said that maths made them feel uneasy. Why might this serious gender disparity exist – even in the 21st century? After conducting research on this question, over many years, I have an answer. To some this answer may be controversial, nevertheless it is well supported by data and may be very important for people to think about – especially those in government who are making decisions about maths approaches in schools. 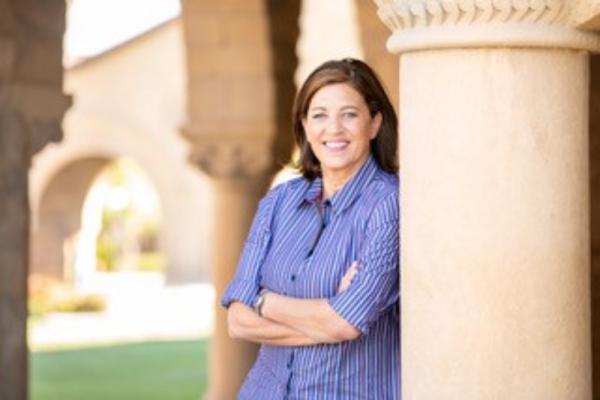 The effect of "performance mathematics"

There are two versions of mathematics. One encourages freedom of thought and multiple methods and approaches are valued. This comes about when maths problems are not timed, and students are encouraged to think creatively about complex and interesting problems, collaborating with others and connecting ideas. Those who love mathematics usually engage with it in these ways. But there is another version of mathematics that most people know and experience – that I think of as “performance mathematics”. In this version of the subject students reproduce methods that teachers have demonstrated, and they are tested on their speed and accuracy at reproducing memorized methods. Few people like this version of maths and scores of people hate it. But those who identify as women and girls particularly hate it. The fact that girls and women dislike it even more than boys and men has been found in studies of school children in England (Boaler, 2010) of college students in the US (Boaler, Cordero & Dieckmann, 2019) and more recently of schools from districts in Scotland.

In 2018 I worked with the Winning Scotland Foundation, a small charity that helps to develop the resilience of young people. We administered a survey to over 11,000 students in Scotland. This showed that students who identified as girls were less confident than boys and were more likely to say that mathematics does not offer opportunities for creativity, connections, or valuing different ways of thinking. It seems likely that the greater awareness among girls that maths lessons did not create these opportunities was contributing to the differences in their confidence and enthusiasm for the subject.

There is a gender equitable way to teach mathematics – that also happens to be a better way to teach all students. It involves teaching students to engage with mathematics with freedom of thought, celebrating connections between ideas. The schools that teach in this way, and that resist pressures to reduce mathematics to a performance subject, do not have gender inequities and instead have large numbers of students enjoying mathematics, achieving success and taking maths to higher levels.

When people say that maths makes them feel uneasy it seems likely they have suffered through the performance version of mathematics. This is really unfortunate as maths anxiety is a very real and debilitating condition. Neuroscientists have recently shown that when people with maths anxiety see numbers, a fear center in their brains lights up that is the same fear center that lights up when people see snakes and spiders. As that fear center lights up, the problem solving centers of the brain shut down (Young, Wu & Menon, 2012). The UK seems particularly prone to creating adults who are afraid of numbers because of the forms of testing imposed on schools and learners (Weale, 2019). My research has shown me that a particularly damaging practice that leads to anxiety is the timed testing of disconnected facts. This leads students to believe that mathematics is a subject that requires fast recall and turn away from it. The recent government initiative to require young students to regularly take timed tests will, I predict, increase maths anxiety and gender inequities across the country. This is unfortunate as research shows us there are many ways for students to learn maths facts well – through conceptual and visual activities that help students develop strong and meaningful memories (see for example figure 1 and Boaler, 2016).

The UK is a country of widespread gender inequities and maths anxiety – but we have the knowledge and the potential to move to a new future, with schools filled with inspired and interested learners (see youcubed.org). When we share with students a mathematics that involves thinking creatively and making connections, not memorizing methods to reproduce at speed, magical changes happen. Maths anxiety and gender inequities fade away as students start to see mathematics and their own potential differently – they realize they can learn anything and their mathematical ideas extend to the sky, and beyond!

Rachel Riley on Women and Numbers

National Numeracy on why we are all numbers people

Melanie Richards on Leadership and Diversity