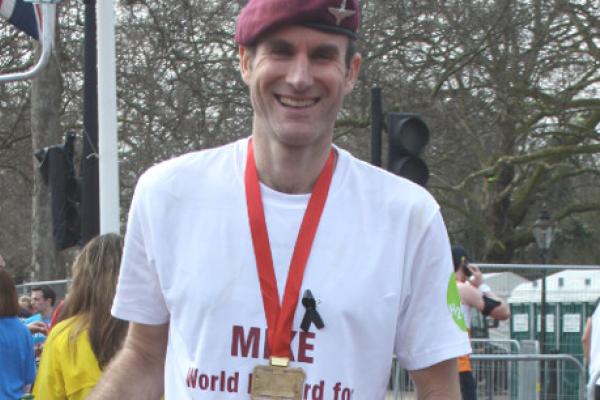 Mike has raised almost £4000 for charities close to his heart - Support our Paras and National Numeracy. In September 2000, Mike was platoon commander for A Coy 1 PARA when he was injured on operations, but thanks to a rapid casevac, he suffered no permanent damage.  He has chosen to raise money for Support Our Paras in aid of those who did not share his good luck and who need support for many years to come.

Now CEO at National Numeracy, an independent charity established in 2012 to help raise low levels of numeracy among adults and children and promote the importance of everyday maths skills. Mike believes that if you value something, believe that you could do it and then put the effort in, almost anything is possible.

Congratulations on the new World Record!